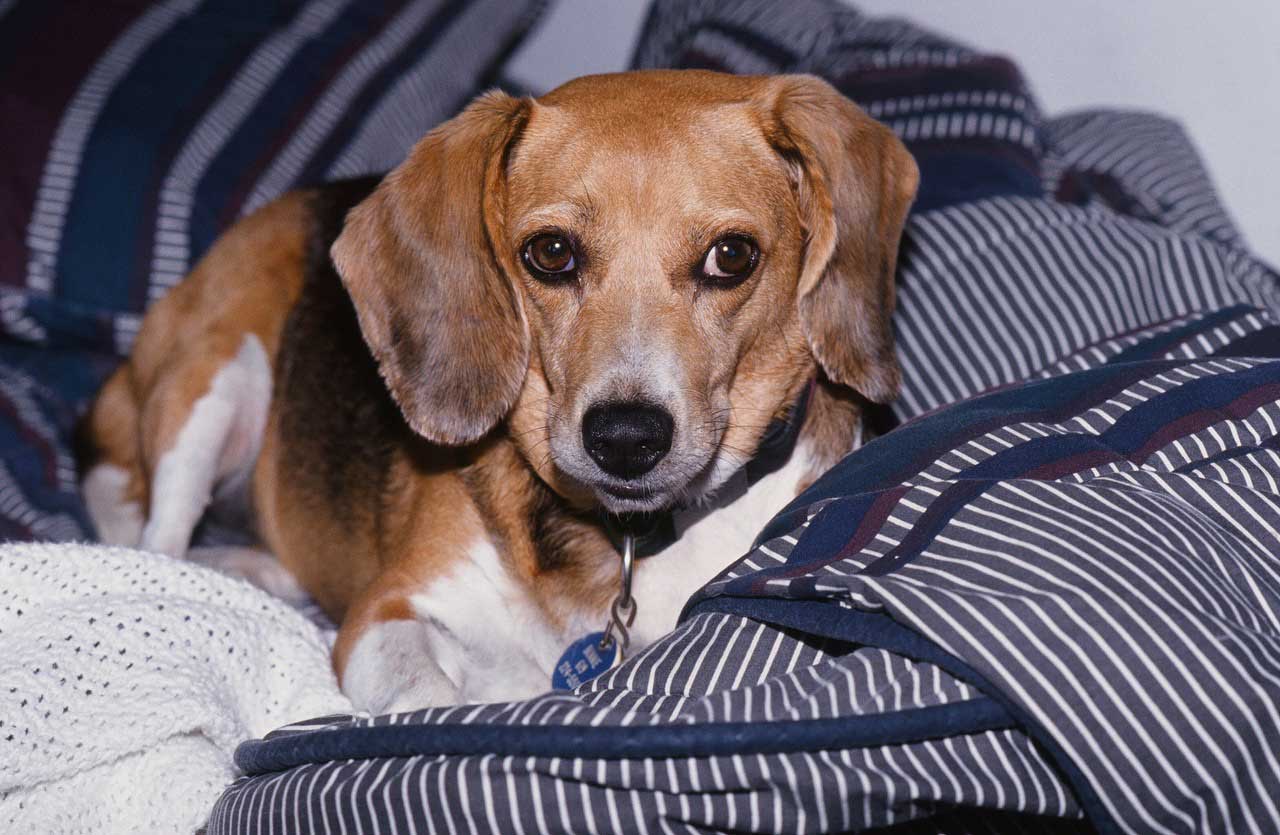 From the beginning, Bonnie Beagle tried our patience or worse.

Shortly after we adopted her, she escaped from the yard. Unfortunately, the gate had not latched completely, and Bonnie discovered the escape route. Fortunately, Matt spotted her tripping down the street with her nose to the ground and retrieved her.

She escaped twice on a family vacation in Lake Arrowhead, located in the San Gabriel Mountains near Los Angeles. On our first hike, she slipped out of her collar and took off before the rest of us noticed. We had no idea where she’d gone and were in totally unfamiliar surroundings. By then, we’d resigned ourselves to the fact that she NEVER came when she was called. After a protracted search, we finally found her in a small cove by the lake with her nose to the ground, of course. 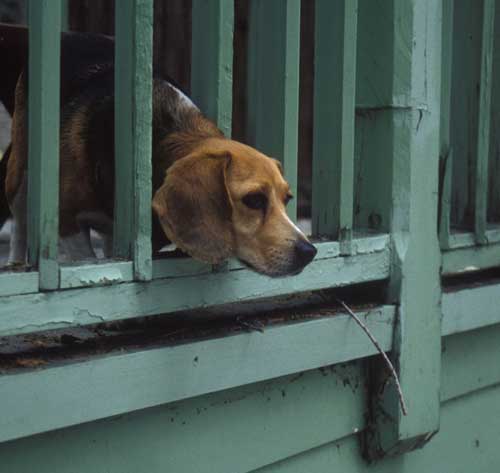 The next day, Matt decided to walk into town to play video games and didn’t notice that Bonnie had slipped out after him. Unfortunately, it took a while before we noticed her absence. Then panic set in. On this lovely Sunday afternoon, we could see a stream of cars going in both directions below the cabin. The chance of Bonnie surviving along that road seemed slim to none. Jennifer, Chris and I ran down to the road to search for her, and people in cars yelled, “she went that way.”

All of a sudden, we saw her, running back in our direction. I closed my eyes as she crossed the street right in front of a car whose brakes squealed as the driver swerved to avoid her. Chris swept her up in his arms, carried her into the cabin, and we sat down, trying to get our collective heart rates under control.

On the way home, Jennifer, a senior in high school, announced, “This is the last time I go anywhere with you people.”

Admittedly, most of our time had been spent chasing down Bonnie, and the near-miss on the road had left us all shaken and exhausted. Plus, the noxious fumes emanating from one or more of the dogs in the back of the Jeep didn’t improve the trip. Shortly thereafter, Jen happily left for the University of California at Los Angeles to begin her college career.

Years later, we moved into our new house on the hill before it had been finished. Our contractor was buying our old house, and we needed to move in right away. In fact, on moving day, the trucks going to and from the old and new houses passed each other on the road.

Shortly after the move, we went out of town, and Jennifer and her husband, Willie, decided to throw a party in the not-quite-completed house. They decided to borrow a blow torch left behind by the construction crew to perfect the crème Brulee they’d made. Thankfully no one was hurt in the making of the dessert.

The dogs, of course, attended the party and hung around waiting for food to drop to the ground or for some nice person to hand them a tasty morsel. But Bonnie Beagle took matters into her mouth, grabbing a baguette off a table and racing through the house with it.

She made it as far as the dog door, where she got stuck, the baguette sideways in her mouth blocking her progress. She kept trying, though–backing up and charging forward, baguette banging onto the sides of the dog door. This gave the humans a chance to retrieve the baguette, still edible except for the middle where she’d grabbed it.

A couple of weeks later, Chris and I were invited to dinner at a couple’s house in Mission Hills. As we stood around the kitchen, chatting over wine and appetizers, the beagle from next door dashed into the kitchen, went straight for the island, grabbed—yep, you guessed it—a baguette, and raced off with it.