What to do With a Ginormous Puppy? 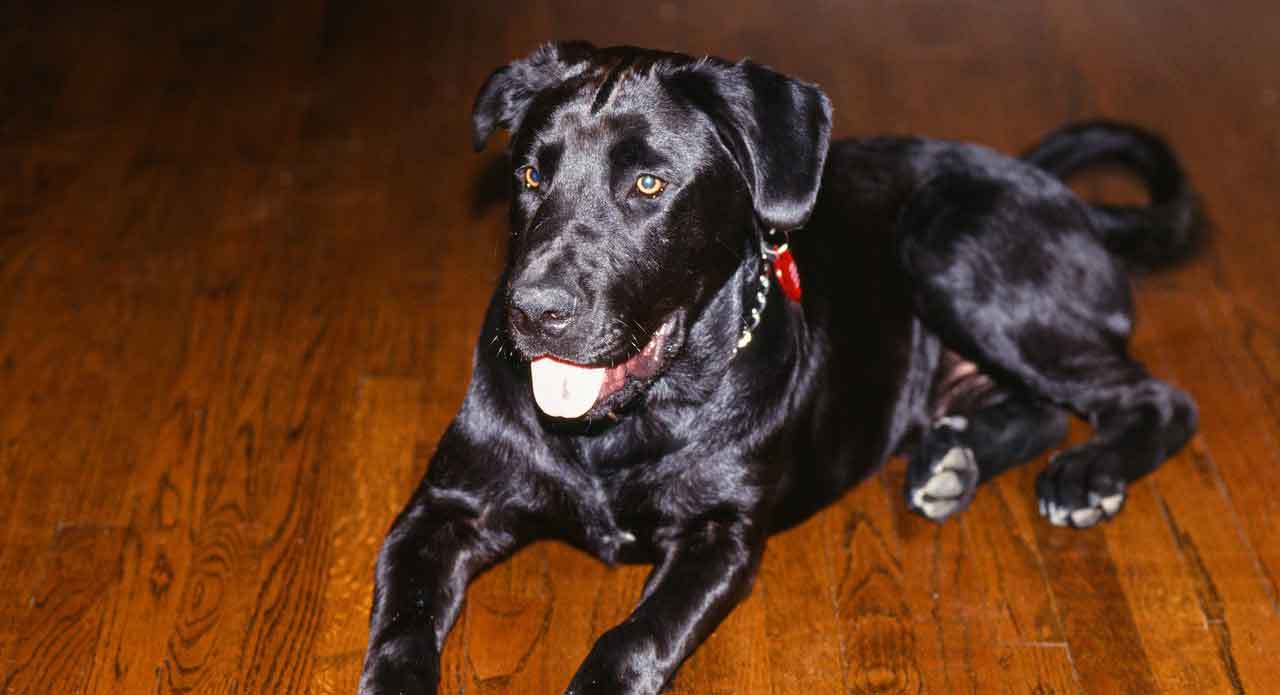 On the way home from Children’s Hospital, Matt and I encountered a stray puppy, but this was no ordinary puppy. Matt had broken his ankle at a basketball camp, and he and I had spent most of our afternoon on X-rays, a diagnosis, and a cast. As we drove up to a gas station to fill up, we encountered a gigantic black dog.

When I got out of the car, he wandered in my direction, and my heart sank when I saw he had no tags. He didn’t even have a collar. There were no houses in the area, so we couldn’t go door to door. We asked the gas station attendant if he knew where the ginormous puppy lived.

“I’ve never seen him before,” the attendant said.

“He must be lost,” Matt said from the back seat. “We need to help him.”

As the sun went down, I realized Matt was right. We couldn’t leave him. Somehow, I hoisted him into the back of our Jeep and prepared to present him to horrified dogs and cats, to say nothing of the man of the house. I called to warn him, so he wouldn’t completely blow his top when he got home.

I grabbed a leash from the house before getting him out of the car so that I could have some kind of control. Matt suggested we stash him in his bedroom while we figured out what to do. That night, he slept on Matt’s bed, and by morning the two had bonded. Bonnie beagle also shared the bed but did not share the bond.

The next morning, I contacted animal control. No one had reported an eighty-pound black puppy missing, but I left a found report. Then I dropped him off at our vet’s office to be checked out and neutered while I pondered my options, keeping him being last on the list. When I went to pick him up, one of the veterinarians brought him out and asked about his history.

“He seems like a great dog,” the vet said. “We’ve been wanting a dog. Would you consider letting us give him a trial run?”

“Consider it? I would be absolutely delighted. The last thing we need is another dog, especially a ginormous puppy.”

With a huge sigh of relief, I drove home without him. For two whole weeks, the household returned to normal, and I celebrated our good deed and even better solution. Everyone but Matt welcomed his absence.

Then I got the phone call. “We all love him,” the vet said. “But he’s just way too big for our house. There’s no way we can keep him, especially since he just keeps growing. Our kids have cried and cried, but we have no choice. I am so sorry.”

Not as sorry as I am, I thought, as I drove to pick him up. In that short time, he appeared to grown even more ginormous. The other dogs looked at the puppy with horror, and all the cats disappeared. Chris got grumpier and grumpier about having the puppy taking up so much space and bothering everyone but Matt.

Matt, of course, celebrated his return, and he and Bonnie beagle somehow shared the bed with him again. He announced shortly thereafter that the ginormous puppy would be called Bradley.

But then, one day, Chris brought home good news—good for everyone but Matt. “You won’t believe this,” Chris announced. “Liz just told me she’s looking for a dog.” One of Chris’s employers and our friend planned on moving to her grandfather’s house, which was located on a large piece of property all alone on top of a hill.

“I hope you told her this is no ordinary dog,” I said. “He’s so ginormous, he probably weighs more than Liz does. Plus, he’s growing. Who knows how big he’ll get?”

“She actually said she wants a big dog and, even better, a big black dog. I told her we had an eighty-pound puppy that fit the ‘big and the black’ part. She can’t wait to meet him.”

The next day, Chris loaded Bradley into his car and took him to meet Liz. It was love at first sight for both of them. “He’s perfect,” she exclaimed as she hugged him. “He is ginormous. Plus, he looks really scary. But he’s really just a sweetheart.”

So Chris left the puppy with Liz. When he got home, Matt ran to the door, hoping to greet Bradley. “Where’s Bradley?” Matt asked. “I thought you’d bring him back.”

“Liz fell in love with him, Matt,” Chris explained. “He’ll be an only dog. It’s best for him and for us.”

“It’s not best for me,” cried Matt, as he ran into his bedroom and slammed the door. 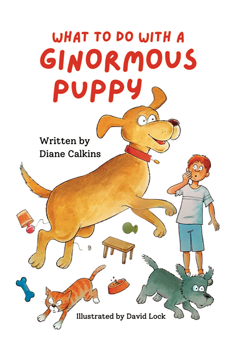 Over time, the household got back to normal–our brand of normalcy with kids and cats and dogs and stray animals. And Chris brought home stories from work about the now ginormous dog. “Bradley hates wind, and it gets so windy up on that hill,” Chris reported. “He also loves macadamia nuts and eats them off the ground, even though they have shells that are hard as a rock. He gets jealous when Liz rides one of her horses.

“Plus, he keeps growing. She says he’s over one hundred pounds now. He has bad skin allergies and has to have baths all the time. Since he hates water and is ginormous, bathing him can be a real battle.”

As time passed, Liz got married and had two children. Although Bradley loved them all, Liz was always his person. “He was the best dog ever,” Liz says to this day. “He may have gotten a good home, but I think I got the better part of the deal.”

Bradley’s story is now available on Amazon in my latest children’s book, “What to do with a Ginormous Puppy”.