The Critters Found Us

I once made the mistake of counting the animals under our roof.

Fittingly, I came up with this brilliant idea while sitting in the waiting room at our vet hospital. The total came to a whopping 27.  In my defense, the numbers had been inflated by visitors, precisely two mother rats and their nine babies. They’d been rescued from a research lab and just needed a way station on their journey to a rescue group that specializes in small mammals.

Over the years, the numbers have fluctuated but not the general state of the life we’ve shared with our non-human animal family members. My husband knew a dog and cat would be part of the future but neither of us could have anticipated the sheer numbers involved. 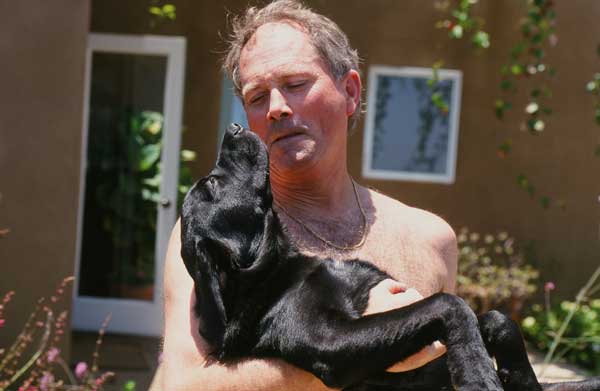 Early in our marriage we purposely set out to adopt a puppy who grew into a medium sized, sweet but clueless yellow dog named Lucy. When our landlord’s cat had a litter, we added Spunky.

But from then on, the critters found us—usually me. Chris regularly proclaimed that “other people walk out the door and don’t find a homeless animal.” Too true, as most people choose not to see the injured dog by the side of the road, the feral kittens in the vacant lot, the rabbit huddled in the bushes.

Our first experience with rescue involved our daughter’s pre-school rabbit, Bugs. The powers that be had added the rabbit without giving a single thought to his fate during the summer. No one else spoke up, so Bugs came to live with us.

We set him up in a hutch in the backyard as was the tradition back then. Unlike most hutch bunnies, Bugs got plenty of attention from our young children Jennifer and Matthew. One day when kids, cat, dog, and rabbit played happily in the backyard, I heard the tiny cry of a kitten. I looked over the fence and all around our house but couldn’t find the source of the pitiful cries. 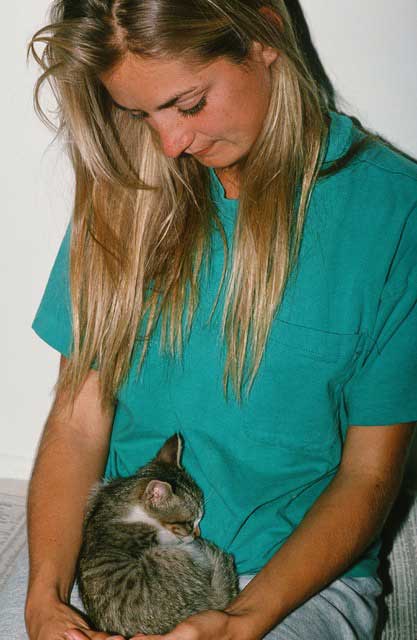 Finally I ventured into our neighbor’s yard and encountered a tiny, filthy black kitten When I approached him, he hissed and growled and tried to crawl away using only his front legs while his hind legs dragged behind him. Having never encountered a wild or feral kitten, I didn’t have a clue how to handle him. So I called our friend Cherie as she would know what to do thanks to her experience rescuing cats. She arrived with gloves and a box, grabbed the snarling little guy, and dropped him off at our vet office.

I assumed I’d never see him again as it would be kinder to euthanize him if he had a broken back or similar injury. Instead, the kitten had a fractured pelvis (probably from a well placed kick) and just needed to be confined until he could heal. At the clinic, they’d also cleaned him up and tried to rid his tiny body of the fleas.

We set him up in a small box in our bathroom, the only quiet space in our small rental house. Despite his injury, he spat and hissed and tried to escape every time Chris or I entered the bathroom. However, five-year-old Jennifer spent hours just sitting quietly with him.

“Mommy, he purred,” she proudly announced just a week after his capture.

The food, safety, and warmth had helped bring him around, but the child brought Jose Cuervo the rest of the way.

Jose and Bugs began our education into the plight of homeless companion animals, a topic rarely discussed at the time. They also ushered in an era for our family of what seemed like an endless stream of abandoned cats, dogs, rabbits, birds, and even a chicken we named Zoe. 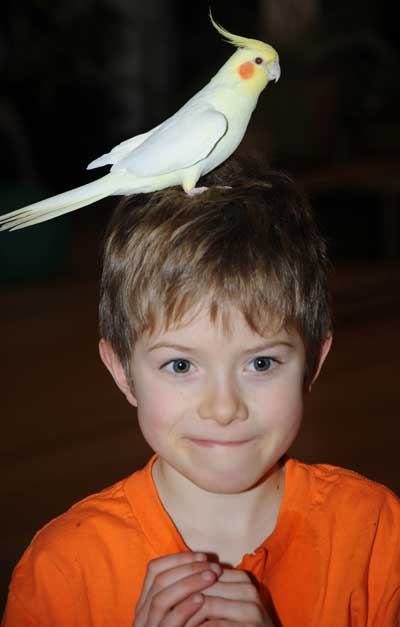 I feel compelled to share their stories—especially with young children. I want to gently teach them about the value of other creatures, the importance of taking responsibility, the unconditional love they offer us. Just as important, I want them to giggle or even guffaw at the places Zoe laid eggs, at the ginormous puppy knocking everything off the table with his tail, at the naughty beagle named Bonnie jumping up on the dinner table to eat leftovers.

Zoe, who literally ruled the roost, became the subject of my first children’s book “One Happy Chicken.” “A Very Naughty Beagle Named Bonnie” will be released in early March, with “What to Do With a Ginormous Puppy” to follow later this year. In the meantime Jose Quervo demands his turn as does Otis who became a long-distance trucker cat, Mouse the cat with no eyes, and Bob the Duck.

For years I’ve also been working on “An Ark of Sorts,” a memoir of our experiences in animal rescue but also my life-changing time as a volunteer at the local county shelter. The minute I walked in I felt I belonged there despite the bleak surroundings and the steady stream of animals coming in with few leaving by the front gate. I even decided to become a reserve officer, so that I could have the keys to the kennels.

There I met Rosemary who became my mentor and friend. At first we concentrated on improving the treatment of the resident animals and sending as many of the inmates as possible out that front gate with responsible adopters. Finally though we had to admit that our efforts had to be redirected to prevention.

We’d seen the bodies stretched out in the freezer. We knew from bitter experience that those bodies far outnumbered the lucky few who exited alive. The shelter years literally changed our lives and launched us on a journey to inform the public and change the status quo.